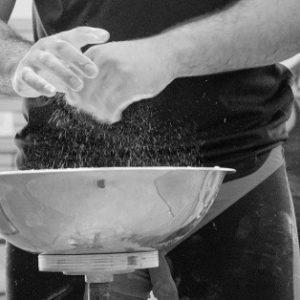 Finally pen to paper… The glow of the Pan American Championships faded in to the distant past, training regimen morphing for Nationals, the onslaught continues for the athletes. This is Weightlifting. Take a look at, Team Russia Training, 2015 World Championships.

2.0 • I think it was 2014 or thereabouts just before the Christmas break that Neil Fischbein, COO, and tasked with the general mayhem, of Waxman’s Gym in Lawndale, California and I, had our first conversation. (Waxman’s Gym YouTube channel notes, “This channel is a reality check for the slow and weak!” Sean Waxman and team produce champions.) I had just handed Neil some beer samples… The lingering lazy conversation began around the topic of strategy for Waxman’s and the upcoming year. Neil was planning and mapping. I am not sure how the conversation turned to scouting, well, then again I am sure given the opening, I started to revel in the amazing ideal of discovery and development. Scouting. The thrill when you know you have found Greatness. More conversations have ensued on the topic between Neil and I, as well as Sean—I being dumbfounded that there is not an apparatus in place within the governing body of the sport, USA Weightlifting (USAW), for this critical “division”, and missed opportunities left and right. In February of 2016, Don McCauley wrote a pretty brass tacks article entitled, “As the next Quad approaches for the USAW…” and there it was, point #9. “Hire a national Weightlifting Scout, who’s job it is to actually travel the country, review videos, read sports reports about athletes in our and other sports and coordinate efforts, through testing and interviews to try to bring more athletes into weightlifting that might be the type that are capable of high level performance.  I don’t know what this position might be named.” Bingo. Well, in my humble opinion, the position should be called, Director of Scouting and Development. You see, that is what this position was referred in my days with Elite Model Management. The New Face Division. Our global network team was tasked with finding models. Supermodels. And, we had to produce. I saw and still see a direct correlation between scouting a beautiful stunning ingenue, and that of the next person standing atop the medal stand in the upcoming Olympiads for the United States, in the sport called Weightlifting. Gold medal in hand. And while we are at it, Silver and Bronze as well. (And make no mistake, stunning ingenues can be strong, and Olympians can be beautiful!) Greatness.

I have been pondering this kind of treatment for some time, scouting and how it applies to Weightlifting in the United States and USAW. And the Quad. A web of intricacies to develop this division will be outlined in A Perfect White Shirt weblog post, 2.0.5.4 I’ll dial the clock back for my Weightlifting friends as well as my Supermodel-day friends, in 2.0.5.2 and 2.0.5.3…

Once a scout, always a scout. Generation28.