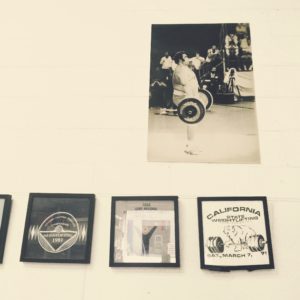 2.0 • A few months ago walking down Hillhurst Avenue in Los Angeles to Twenty40 Cafe for a double espresso fix, toward me comes a girl and her mother. Stunning, stunning girl—hints of Paulina, European, legs for days, bambi-like in movement, lengthy arms, almost 5’9, probably 12, 13, or 14, omg, that face, mother is shorter, weird, must have a tall dad, look at her feet large in her converse, look back at her mother, they pass, I turn around and watch them walk, and decide to let her go… Too much work. (My model agency friends in Los Angeles heads just exploded or threw something at the wall! I should have stopped her.) That process probably took a total of 10 seconds tops. Fast forward to sipping on a double espresso moments later, I happen to glance up at this young man waiting at the counter to order—first with the calves, then the musculature of his legs continuing up his torso, short, compact, probably 5’7, large hands, forearms, and neck, did not appear “Los-Angeles-globo-gym-steroid-culture-like”, bit of an edge with tattoos and hair… Nope. Too old. Probably 19, 20, 21 or so. That one was easier… Once a scout, always a scout.

1.9 • To dial the clock back for some of my friends in fashion, where all of this scouting business stems… How in the hell did all of this come about in regard to Weightlifting??!? First to make note, the long list of accolades, IWF this and that, OTC, University Records, Hall of Famers, Executive Boards, Certifications, on and on, in relation to the make up and background of the players in the sport, are very different from my background. To say the least! My optic in to this sport, from a very, very different angle! I have had a front row seat watching truly talented diverse coaches, team building, and athletes doing the seemingly impossible through grueling training and sacrifice. But, read on. Here a snapshot in to my own Weightlifting journey… Sean Waxman had just moved Waxman’s Gym across his small pond to his current locale, and was on the cusp of developing his team, when I landed on his planet. In the beginning at Waxman’s my back squat was pushed to 165kg, more than in the day, of up and coming youngster Gregory Bommarito—Sean reminded me that that would last for about a week. He was right! It all though began at Gold’s Gym in Hollywood and meeting in 2003 Jan Gable, or Jan Harrell, as she was known in the 80’s and 90’s. Jan was a phenom in the world of Powerlifting in the day, in fact holding records across weight classes. It also was the time of Corey Everson and Bev Francis. Jan dipped her toe in to the Bodybuilding genre, to follow suit with learning the “Olympic Lifts” while in Oregon through Scott Parish, Sam Maxwell, and John Thrush. I learned the word periodization from Jan, who trained and wrote programming for me. Little did I know that I was being taught how to Overhead Squat, Romanian Deadlift, Bulgarian, Front Squat, properly Back Squat, eventually turning to the lifts themselves, the Snatch and the Clean and Jerk. And, just to clear up verbiage, Weightlifting in this sense, refers to the Snatch and the Clean and Jerk, and the sport itself… It is like nails on a chalk board to have to call them, or say Olympic Lifts or Olympic Lifting! Small scream. (Here is a favorite clip of my idol Tatiana Kashirina doing both lifts, take a look, pretty epic… Remember her name, more on her later.) There was one barbell at Gold’s that was the appropriate diameter and Jan brought in her own set of training disks and eventual set of 10kg plates. I was one of the first to wear Adidas Adistar weightlifting shoes in the Gold’s environment, and got several stares of, “what the hell are those” in the day… (Now people wear them doing bicep curls! At the Squat Rack! Eye roll.) But, without a weightlifting platform, and endless people passing in front and to the side, whilst wearing headphones, Jan thought it best I leave the nest. I met USAW Hall of Famer, Bob Takano at a seminar in Santa Barbara. Bob in the day, was one of the only visible coaches in Los Angeles, pre CrossFit-on-every-corner, and fledgling Facebook and Instagram—Jan knew of Bob through attending NSCA conferences where Bob is a frequent attendee and lecturer. Through Bob, I learned the concepts of the pwok, miming weights, hips through and up on toes, more weight!, and fiefdoms. Remember that word, fiefdom, more also on that later… Not a natural athlete, and basically terrible at the lifts, Bob had to suffer through a nearing 50 year old destroying the Snatch and Clean and Jerk. (Apologies once again Bob!) Bob had an afternoon training block in Woodland Hills where I made the trek four times a week, meeting future coach Ashley Weber, Tyler Emery, Tim Thackrey, one day in walks Lindsey Valenzuela, oh and Katie Uhlaender… Bob was, and is, a magnet in the sport. We all made the shift with Bob to Tim’s CrossFit High Voltage in Burbank where I continued to languish at the lifts. I so badly wanted to get “a paper” with training from Bob, but that was not meant to be! In Tim’s environment I started a short journey in to the CrossFit world. I took my Fran from 16:25 to 6:01, shared a platform with Lindsay Valenzuela, and introduced my sister Kelly to CrossFit, who is now a force to consider in the CrossFit Masters game. Whew. Enter Sean Waxman, and Waxman’s Gym. Coaches Sean, Ashley Weber, Don Ricci, Sam Chang, Gregory Bommarito and finally Jorge Reyes. Why do I do it? Aside from the health benefits of strength, moving quickly, flexibility, it is a hell of a lot of fun—though most days I refer to it as, torture! I am so very fortunate to have the best in the sport minding my health. I also have always been inspired by being surrounded by youth. It gives me energy as I watch their struggles, triumphs, while admiring their journeys in life by mere association. Last week in a Facebook post, I was referred to as a Weightlifter by Debbie Millet. It actually gave me pause to be included in that club. Today, I will try to get up on toes even more! Try. (I finally got “a paper” with training, Sean doesn’t know it, but will now, I welled up with tears the first one I was handed in 2010…) 2.0

Next up, some Supermodel day stories for my Weightlifting friends in 2.0.5.3

Let’s start to tell some exciting stories—there are many to be told. Creativity. Image. Greatness.